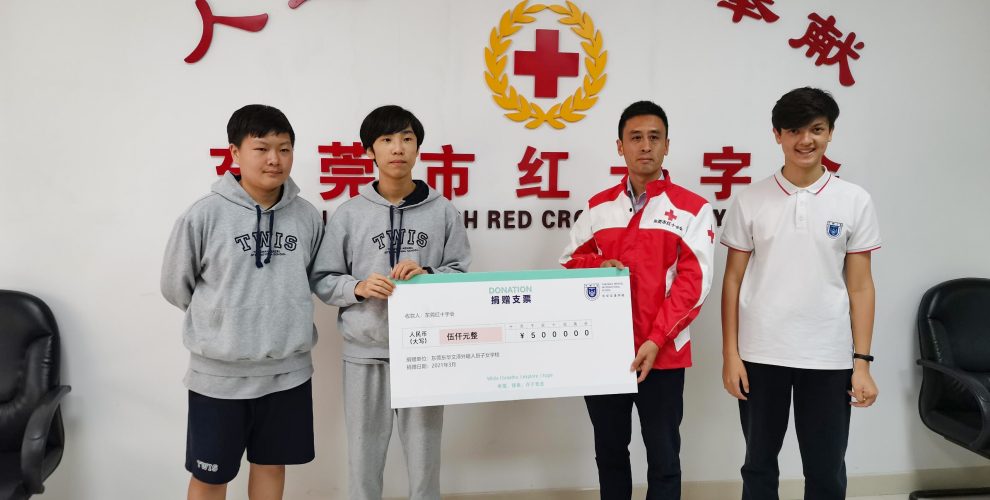 This service project started in the MYP G9 Individuals and Societies (I&S) class when students explored the daily lives of slaves during the Age of Discoveries: 16-19th century. They wanted to know if there were still slaves today in the world. Unfortunately, they found out during our lesson that the answer is ‘yes’. 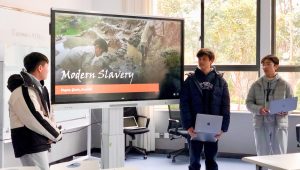 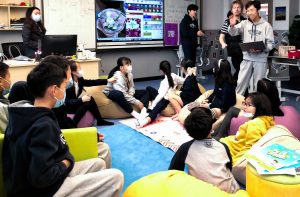 Using their critical thinking skills, students investigated a specific type of modern slavery using a variety of reliable sources. The goal was to raise awareness in our school community about this issue. During the course of the investigation Logan, Gavin and Arnold decided to take action by doing something concrete to help the victims.

They found out that the International Red Cross had a branch in Dongguan, and they decided to raise money that they could donate to the organization. They chose Valentine’s day in February as the day for their action because they were convinced that everyone would want to celebrate love on that day. They chose to sell flowers, chocolates and heart stickers to the entire school community including students, teachers and staff.

To accomplish their goal, they worked on their organizational skills by promoting their event during a whole-school faculty or by going to all of the Primary and Secondary school homeroom during circle time. The boys were thrilled to receive many orders with more than thirty flower bouquets and more than fifty chocolate boxes. This created another challenge which was to prepare the flower arrangements and the bags of chocolates. The families of the three students were involved as it was important for parents to play an active part in their child’s education.

The big day came and the response from the school community was overwhelming and it was a real pleasure to see people offering roses to colleagues or friends. As a result, 5000 RMB was raised on that day. 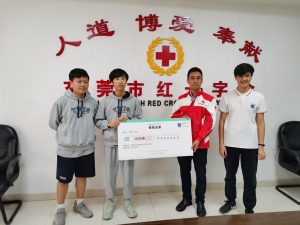 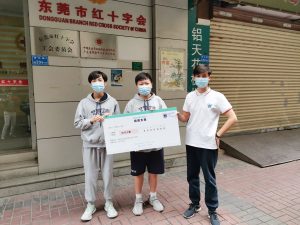 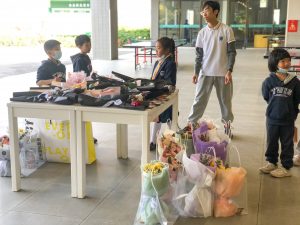 On March 12th, the boys went to the International Red Cross Dongguan office. The people there were surprised because it was the first time that they heard of a school holding a fundraising event like this one. They were so impressed by the students that they wish to come and visit our school in order to create a long-term partnership. But this is a story for another time and as Gavin wrote in his reflection: “Despite all the time and effort put into this project, this was a journey worth doing especially we now know we made a difference into some children’s difficult lives.”

Walking in People’s Shoes: The Migration Experience
Comments are closed.