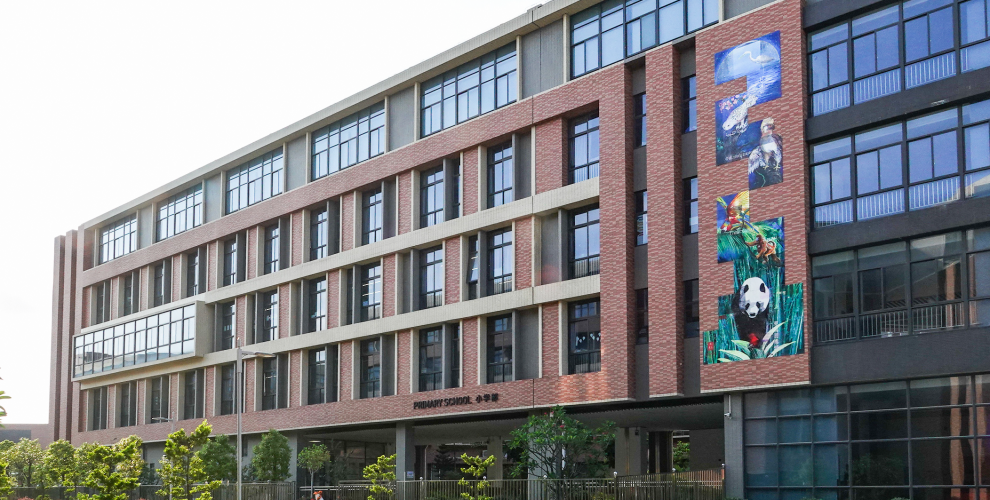 Keyhole to Diversity is an artwork displayed on the wall, which is the most visible space on campus. It is a mural produced by MYP students and our arts specialists over a period of several months.

The artwork of Keyhole to Diversity aims to capture the core essence of diversity as we seek to foster international perspectives. The animals depicted represent the IB learner profiles — Inquirer, Principled, Caring, Reflective, Balanced, Open-Minded, Knowledgeable, as well as, Communicator, Thinker, and Risk-Taker. We then chose different animals to represent these student attributes based on the perspectives of the 9th Graders. The animals in the artwork, however, also convey different meanings and significance to various cultures, and the art is, therefore, open to multiple interpretations by the viewer.

The shape of the mural was constructed to look similar to that of a keyhole. The idea here is that it gives the viewer a glimpse into a unique community and style of education that is not achieved through mere ‘toleration’ of differences but instead encourages healthy enculturation. Here the best aspects of each culture is celebrated and incorporated into a richer community full of ancient and spiritually elevating traditions. The keyhole is a symbol here for us, it is an invitation to open our doors to an internationally-minded world, and not fall into the trap of assuming that unity can only be achieved through uniformity.